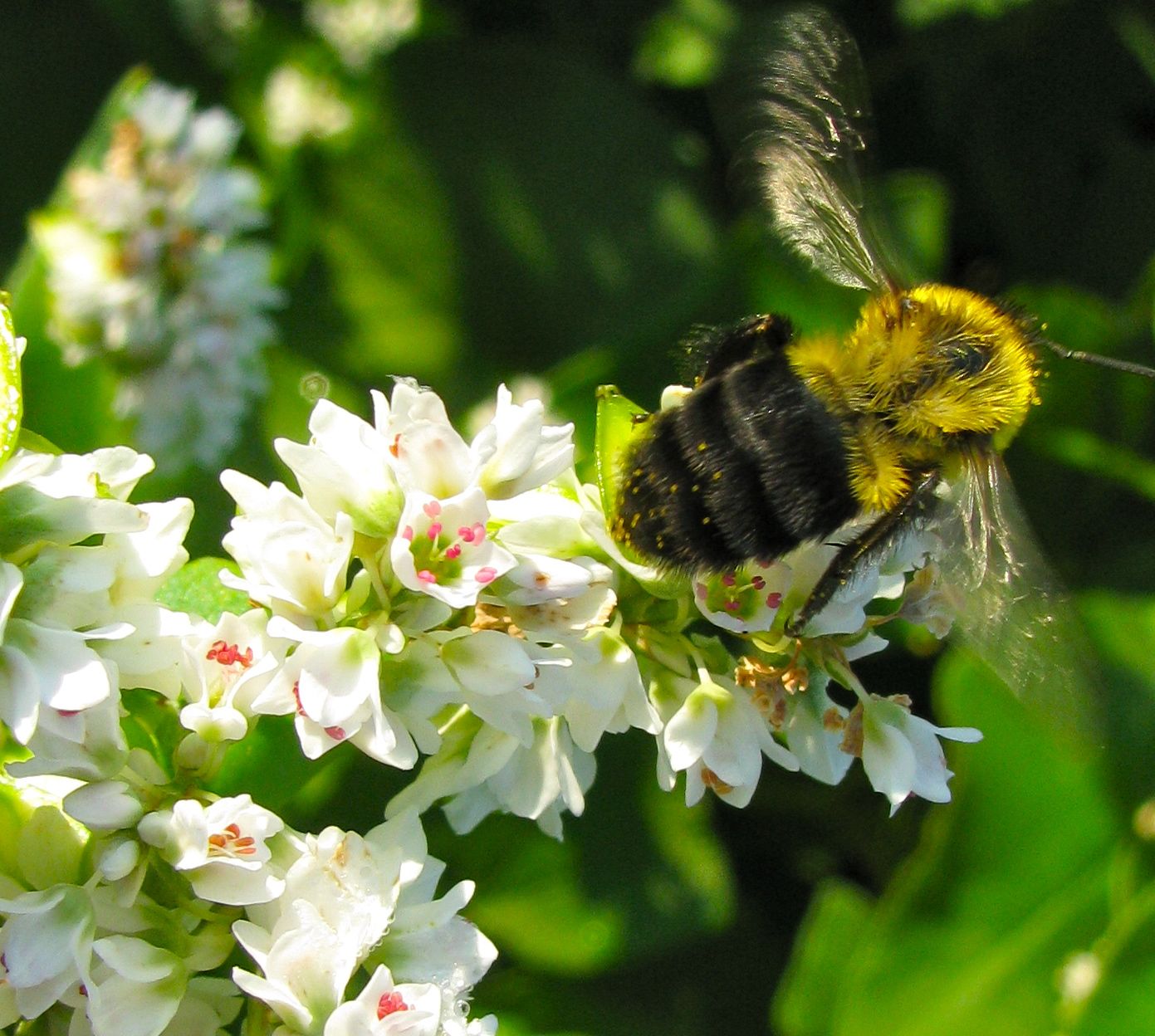 While insecticides have long been recognized as a threat to bees, fungicides have generally been assumed to be relatively harmless. However, a growing body of research suggests that certain fungicides can be directly and/or indirectly harmful to bees. Additionally, some combinations of pesticides, including some fungicide/insecticide mixtures, may increase the toxicity of one or both pesticides to bees when applied together. While there is still much to learn about how fungicides and pesticide mixtures affect bees, Bee Better takes steps to mitigate these emerging threats. 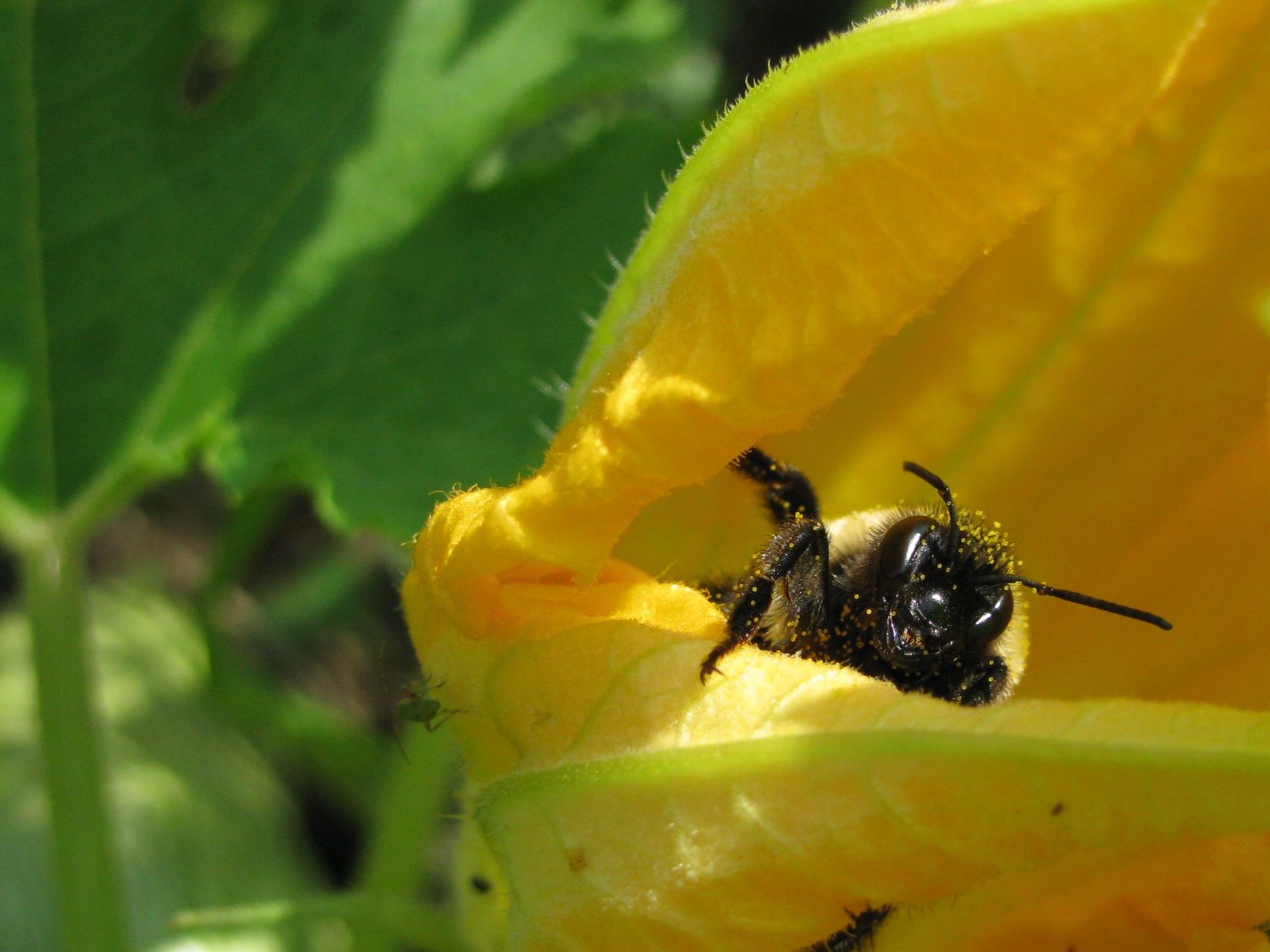 How do fungicides affect bees?

Some fungicides, such as captan, have direct contact toxicity to bees as they have some insecticidal activity in addition to their fungicidal effects. Other fungicides seem to harm bees in more subtle ways. For example, some multi-site contact activity fungicides can have negative effects on larval survival and reproduction (Zhu et al. 2014, Bernauer et al. 2015). Some fungicides can also have indirect effects on bee health. For honey bees, pollen contaminated with fungicides may harm the beneficial fungi necessary for fermenting pollen and nectar into bee bread (Yoder et al. 2015). Bee bread is the stored food fed to larvae in the hive, and is a critical food source for both larvae and adult honey bees.

To protect bees from the potential risk fungicides pose, Bee Better prohibits foliar applications of certain fungicides during bloom (Standard 2.2b). See Appendix K of the Bee Better Production Standards for the list of fungicides restricted under Bee Better. In addition, Bee Better growers cannot ever apply fungicides to permanent pollinator habitat. For summaries of scientific research papers about pesticide impacts on bees, including fungicides, visit the Pesticide Impacts database. 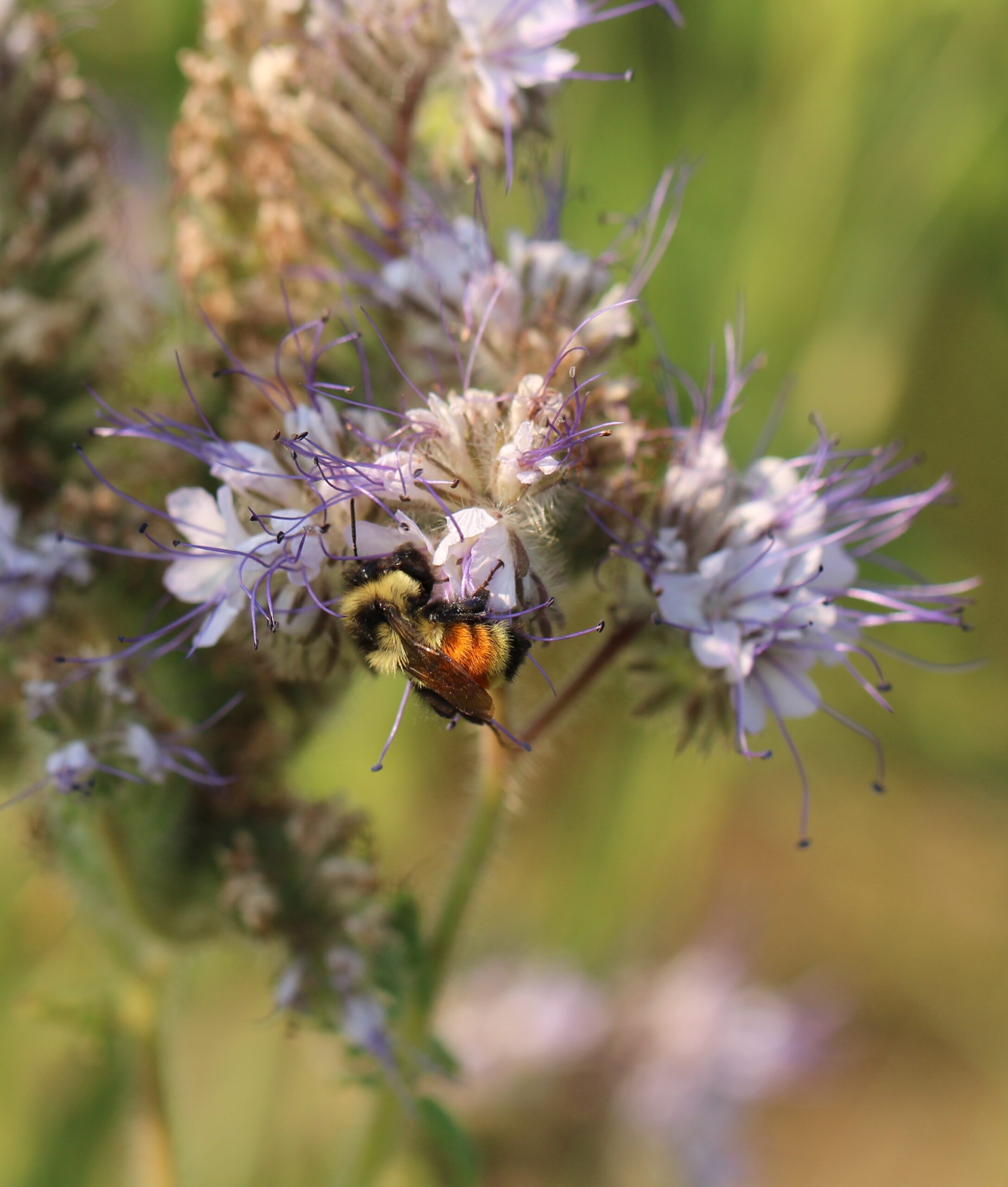 Just like different medicines can interact in the human body when taken at the same time, certain pesticides can interact to increase toxicity to bees when applied together. For example, when applied jointly, demethylation inhibitor fungicides (including “azole” fungicides) may increase the toxicity of either pyrethroid or neonicotinoid insecticides.  The increased toxicity is likely because these fungicides interact with and inhibit the metabolic pathway that bees use to detoxify these types of insecticides. When these chemicals are applied and thus encountered by the bee at the same time, the detoxification pathway is overwhelmed (Pilling et al. 1995, Sgolastra et al. 2016).

To reduce the chances of bees encountering toxic pesticide mixtures, Bee Better requires growers to leave at least a 3-day window between applications of pesticides that may synergize one another’s toxicity (Standard 2.2c).

How do I determine if two pesticides may synergize one another’s toxicity when applied together?

Use the Bee Precaution pesticide rating tool to determine if two pesticides may increase toxicity when applied together.

The Bee Precaution tool lists each pesticide’s mode of action, designated by a “FRAC” or “IRAC” number. These FRAC/IRAC numbers are used to classify chemically similar groups of pesticides, and are typically used to help with rotating different pesticides within a pest management program to prevent the development of pest resistance to a particular mode of action.

For more information on fungicide risks to bees, see the following resources: