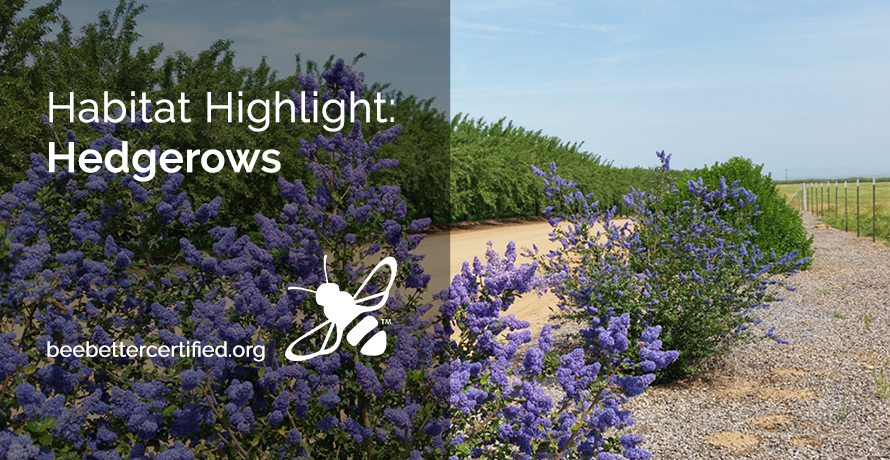 Hedgerows are linear rows of shrubby flowering plants that are most easily incorporated along field edges, or in areas that are inaccessible for production. Hedgerows can provide a privacy screen, prevent wind and water erosion, and support populations of beneficial pollinators and predatory insects.

Hedgerows provide numerous benefits to wildlife. They are often a great way to incorporate larval host plants for butterflies; nest sites for above-ground nesting bees; forage for a diversity of insects; and cover, food, and nesting sites for all manner of birds.  In Europe, hedgerows that define field edges have been around for centuries! They currently function as wildlife corridors through agricultural regions.

Hedgerows are a defining feature of the English countryside, where they have been used for centuries to line roads and field borders. Photo: Matthew Shepherd

Hedgerows can also be an opportunity to add marketable products to your operation. By adding elderberry, wild plum, juneberry, and other fruit producing shrubs to your hedgerow you can provide food to pollinators and bring to market rare culinary treasures. 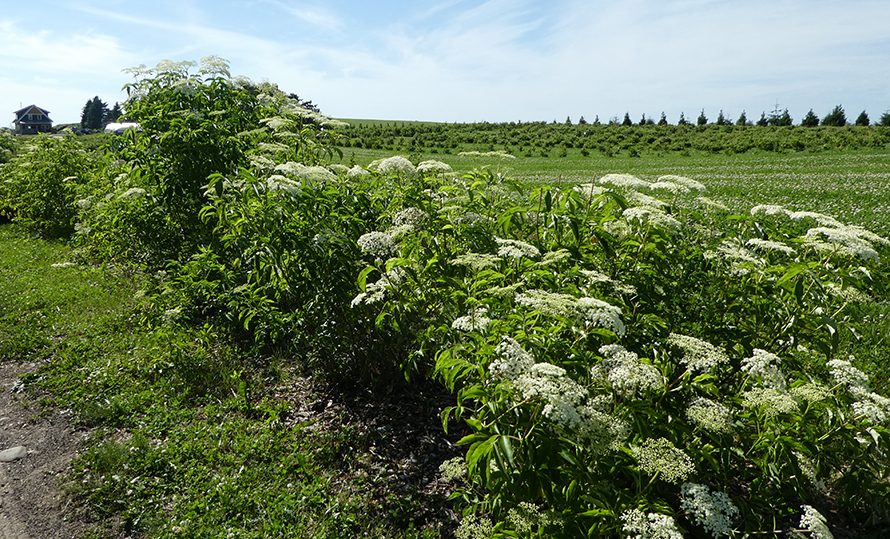 From the Field: Hedgerows not only provide habitat for pollinators, but in some regions can preserve the plant species used to create them. The Osage-orange is one such example. It is a tree left over from another era, back when giant ground sloths used to roam the Americas. The sloths, which are thought to have dispersed the fruits, went extinct along with Mammoths and other megafauna around 13,000 years ago. Early settlers planted the prickly tree to hem in livestock and mark their field edges. It’s wood was used for making tools; it was also an important source of firewood.

Osage-orange owes its distribution to its use as a hedgerow. The barbed branches served as a natural fence for livestock long before razor-wire.

Though originally native to a few southern states, it was so widely planted in the plains that its range now extends into Canada. In fact, it was so popular as a hedgerow plant that it’s inedible fruit is referred to as hedge apple. Given the loss of its dispersal agents, humans using them in hedgerows is one of the ways the species continues to persist. The reliance of settlers on the Osage-orange left a legacy and preserved it across a wide swath of America. It makes one wonder what plants we use in today’s hedgerows might persist because of our use of them.