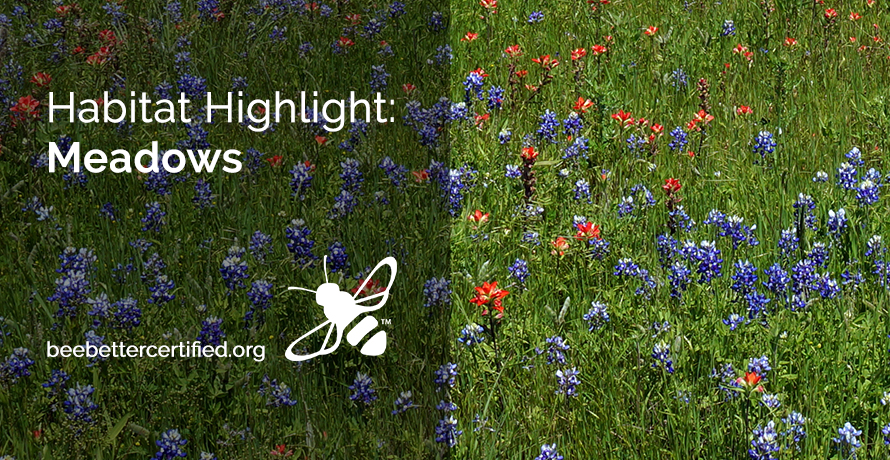 Wildflower meadows are permanent plantings of nectar- and pollen-rich plants, and can also contain native grasses or sedges. While meadows host both perennial and annual plant species, annual species tend to dominate in the early years, as they are early-successional species, with perennials generally taking over as the meadow matures. Wildflower meadows often require periodic maintenance through mowing or burning to reduce competition from woody plants and invasive species.

When thinking of meadows, most tend to think of large swaths of land devoted to native grasses and wildflowers. While large contiguous meadows certainly provide abundant resources, meadow habitat can often be incorporated into a variety of places on the farm. Meadows established with low-growing species can easily be incorporated into areas where visibility is an issue, such as along roadsides or fencelines. Long stretches of meadow can run along field borders, or be incorporated into odd-shaped parcels or areas that are otherwise not well-suited to production.

Wildflower meadows are classified as “conservation cover” by the NRCS, and can be supported through the Environmental Quality Incentive Program (EQIP).

From the Field: Erdman Farm in California contains natural areas dominated by chaparral and grasses that are unsuitable for their primary crop: almonds. While there were some remnant native grasses in the 6-acre grassland, it was dominated by exotic annual grasses and invasive broadleaf weeds. In 2010, the landowners decided to increase the cover of native species, with a focus on providing more bloom for pollinators. Following a variety of management actions, from weed management to sowing native bunch grasses, the meadow shifted species presence so that it currently provides abundant wildflowers while also supporting thick stands of Purple Needle Grass, a butterfly host plant that is also California’s state grass. 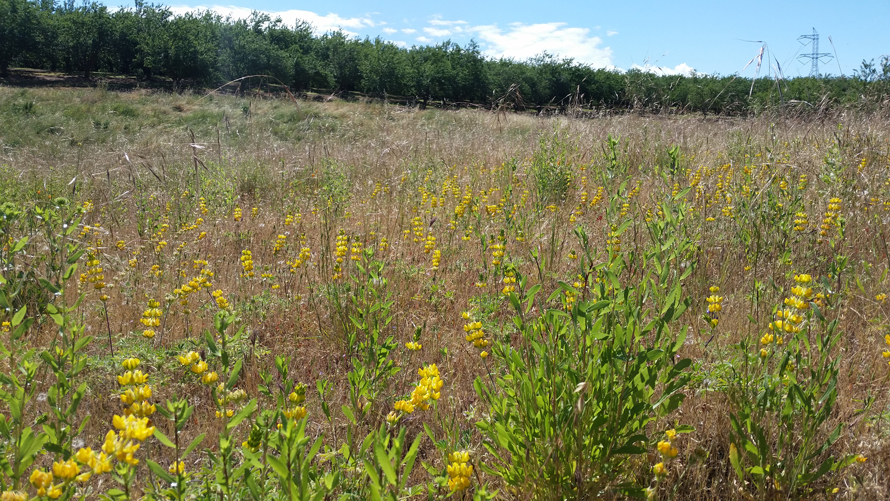